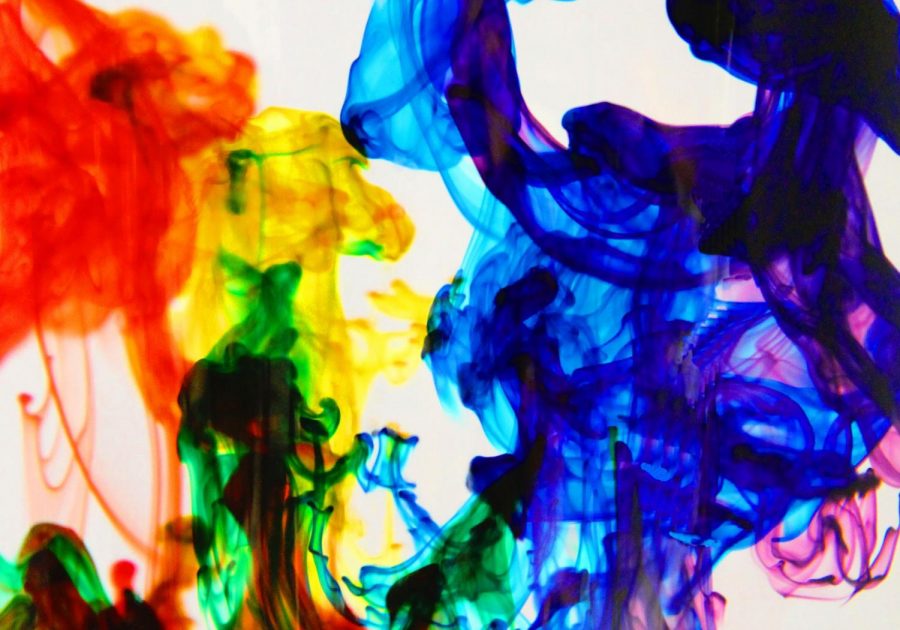 “We’re not gonna sneeze on your children and make them shake a stick at God,” freshman Cate Deller said. “Just because your kid is gay, trans, bi, doesn’t mean that they are a bad person. I don’t see [being lesbian] any different as being straight; girls are just cute, you know?”
To many students, the LGBT community is like its own alphabet, each letter representing a different sexual orientation or identity. L is for lesbian, G is for gay, B is for bisexual, T is for transgender and there is much more. While lesbian refers to a woman who is attracted to other women, the term “gay” has a number of meanings. Most often used to describe a man who is attracted to other men, it is also sometimes used to refer to all people who are attracted to people of the same sex. Even bisexual people, who are attracted to people of the same gender and people of other genders, sometimes use the term “gay” as a self-chosen label.
Junior Brianne Boyer is bisexual and wants people to know that she’s not confused.
“I am attracted to males and females,” she said. “Just because I’m in a straight relationship doesn’t mean I’m not bi anymore.”
Senior Tomas D’aoust echoes Boyer on the harmful stereotypes, such as the “gay best friend” which comes from different romantic comedies starting in the 80s.
“I always tell my friends, I’m your best friend and I’m gay, I’m not your ‘gay best friend,’” D’aoust said.
There are so many different sexualities in the LGBT community, but there are also different genders. Being transgender describes people whose gender identity does not match the sex they were assigned at birth. To a lot of students, it might sound confusing because it differs from sexual orientation, but it can be simple.
“Gender identity is something that’s a little bit shaky when it comes to the [LGBT] community,” senior Leo Peck said. “There’s a lot of controversy, but to me it’s just my gender. It’s as natural as walking is. I’ve just been a man.”
Many students can agree that acceptance of the LGBT community is continuously improving, but it wasn’t always like that.
In June 1969, a routine police raid on a suspected gay bar in Greenwich Village New York, ended in one of the most influential riots of the late 1960s. Stonewall Inn was owned by the mafia and catered to lesbians, drag queens, male prostitutes and transgender people. Stonewall Inn ended up in flames, which ignited a revolution of gay pride that still exists today with pride parades around the world.
The LGBT community is one of the newest civil rights movements around the world, with many countries still not recognizing people of the LGBT community. While the United States legalized gay marriage in 2015, there are still strides the country can take at being more accepting.
“In eighth grade people would judge me a lot because I had short hair and I wore a lot of suits and plaid flannel to school,” Boyer said.
Many students know what the LGBT community is, a community between lesbians, gays, bisexuals, transgender people and much more, but for people in the community like D’aoust and Peck, it means so much more than that.
“It’s a lot of discourse, but I like it,” Peck said. “It’s a good place if you’re just starting out. It’s like a family if you don’t have one.”
Sophomore Declan Mallaney also agrees saying that it’s somewhere he can be himself and feel safe.
“[The community] is a really accepting place for the most part and to me it’s a place where I can be myself in pretty much every way,” Mallaney said. “I just feel safe.”
Although Mallaney and Peck say the community is a great place, D’aoust appreciates the normalness.
“Even though our community may seem amazing we also have normal problems,” D’aoust said.
Michigan is one of many states in the United States that permits legal discrimination of the LGBT community. Out individuals risk being fired from their jobs or evicted from their homes. This discrimination doesn’t just exist in the working world.
“Sometimes when I have my extreme looks, I’m afraid to go into the boys bathroom and stuff and when I was still not out, I was really afraid of the boys locker rooms,” D’aoust said. “I felt the most unprotected in those areas.”
Not everyone is out of the closet and not everyone has the same experience coming out.
“Coming out is a very personal thing,” Mallaney said. “If you don’t feel comfortable or safe doing it, then don’t do it.”
For someone still in the closet, Boyer suggests finding someone you’re comfortable telling and approaching them first.
“Find someone you can trust that is out of the closet and talk to them about how you can come out,” Boyer said. “Sometimes parents make it very difficult.”
D’aoust has something a little different to say.
“No matter how you’re feeling or if other people are going to pass judgement, it doesn’t matter in the end because you’re in charge of yourself,” D’aoust said. “The hardest part is not accepting other people’s decisions, it’s accepting you for who you are.”