During the holiday of love, students weigh in on the difficulty of getting over a relationship breakup vs. a friendship breakup 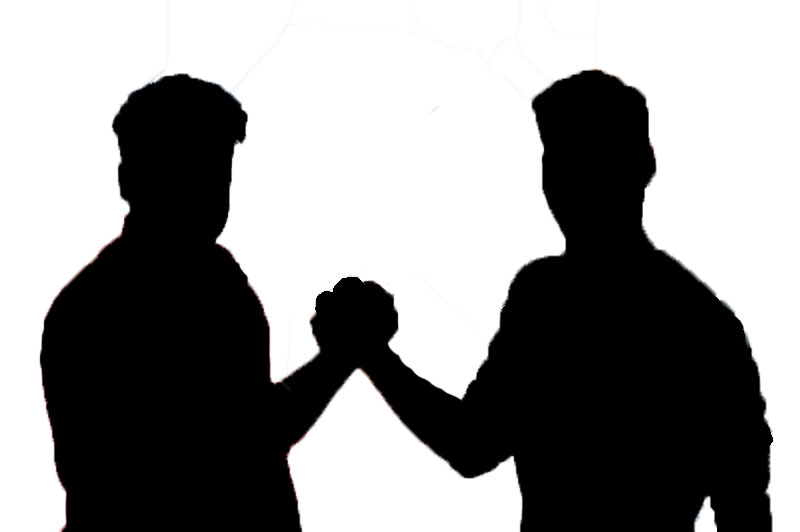 During the holiday of love, students weigh in on the difficulty of getting over a relationship breakup vs. a friendship breakup

It’s a breakup. It is severed, no communication, that’s supposed to be the point. Yet, they still pull out their phone and scroll through old pictures, still rack their brains to figure out how to get it back to how it was. Maybe there are tears, maybe not, but it will never be the same. It doesn’t matter really, a breakup is a breakup. There will always be pain, whether the relationship is romantic or platonic. The pain is different, though; it leaves a different impact.
Yes, the impact of a breakup is mostly circumstantial and varies by person, but there may be a general trend. A recent study by Wiley Online Library shows 75 percent of men’s closet friends are women, which may lead to the suggestion that men are more likely to see their significant other as their close friend. This in turn, would make men more likely to attribute romantic breakups to be more painful than friendship breakups.
Senior Robert Stout supports this theory.
“I think a romantic partner [is harder to get over] because most romantic partners start off as pretty close friends and if they don’t start off as close friends, they become one because you guys are around each other so often,” Stout said. “So when you lose a romantic partner, you’re losing both the romantic side and the friendship side so it’s both of them combined.”
For romantic relationships, there are plenty of songs in every genre to pump the listener up once the relationship comes about and enough to express what
it feels like when it ends. The media is intrigued by the hardships of getting over someone loved, but friendship breakups aren’t expressed in the same way as romantic breakups.
Stout says there are less songs depicting friendship breakups than romantic ones.
“[I like] the songs that do focus more on just being close to somebody, it doesn’t necessarily have to be a romantic relationship, it may just be someone that you really cared about, maybe a relative maybe a close friend,” Stout said.
For sophomore Morgan Kneale, like Stout, she believes romantic partners are harder to get over, yet the person in the situation plays an important role. She says that in romantic relationships, people are invested in each other and have more commitment. Kneale says that while she was in a romantic relationship she sought happiness within it; she accounts this is different from friendship because she doesn’t rely upon her friends in the same way.
“I think there are more expectations to hang out as a group and drama is more likely to happen rather than it’s just you and a friend,” Kneale said. “But romantic, it seems like it’s a big deal, everyone needs to know about it and it’s all insane when someone breaks up.”
Like Kneale, junior Maria Croci believes romantic partners take more commitment to uphold than friendships.
“I’d actually say romantic partners [take more commitment] because you have to make sure you’re in communication and understand one another and if somebody has an issue [you have to] really work through that, whereas I feel like friends just kind of get each other more,” Croci said.
Croci, unlike Kneale, thinks close friends are harder to get over.
“I feel like you share a lot more memories and usually friendships last a lot longer than I would say high school relationships,” Croci said. “I went through one myself in ninth grade and I lost one of my really best friends and that was just really hard. I think it’s a lot harder than a romantic breakup will ever be.”
Most people would agree there is hurt when a relationship fizzles.
“There’s a lot of memories and connections [in relationships],” Crocri said. “It’s just heartbreak either way.”