Are Memes Really That Funny?

While most memes can bring many people together through humor, some students say that memes originate from serious topics 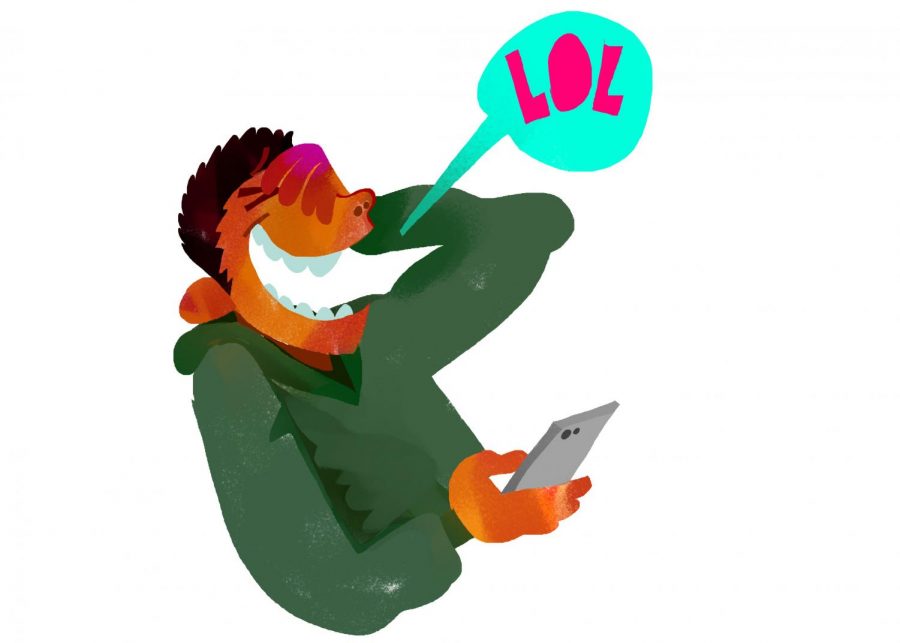 Many students are familiar with the short-form video hosting service called Vine. Vine was an entertainment network where users could share six-second looping videos. After Vine was shut down on Jan. 17, 2017, many students turned to memes for entertaining content.

According to Merriam-Webster, a meme is “an amusing or interesting item (such as a captioned picture or video) or genre of items that is spread widely online, especially through social media.” In other words, it is a remix or parody of a popular image or video.

Junior Abby Rizk, who uses social media apps like Twitter or Tumblr to see memes everyday, has her own definition of a meme.

Many students may also agree that sometimes memes can go too far, but junior Elizabeth Robb says sometimes that’s ok.

“Memes can be a serious topic turned into a joke,” Robb said. “Although sometimes memes aren’t always about serious topics. I feel like a meme is just an image with words or a moving picture that is supposed to be light-hearted.”

“I guess some people just go too far when they’re joking, but they don’t know when to stop,” Godoy said.

In 2017, Harvard kicked out 10 accepted students because of the inappropriate memes they shared in a group chat for students accepted to Harvard. Within a week of the screenshotted messages being passed around, Harvard sent letters notifying 10 of the 100 students in the group chat that the university had withdrawn the offers of acceptance.

Robb believes that people go too far because it’s how a certain situation makes someone feel.

“I feel like when someone feels uncomfortable or scared in a certain situation, they might use memes or jokes to make themselves feel better or lighten up the mood,” Robb said.

Many students including Gadoy, Rizk and Robb agree that serious topics turn into memes.

“Like the WWIII memes, it’s a pretty serious and even scary subject, but there are so many memes about it and I feel like it’s to lighten the mood,” Robb said. “But sometimes, it’s best to stay behind the line before someone gets offended.”