The Rules of Zoom

Students express their opinion on being recorded during class. 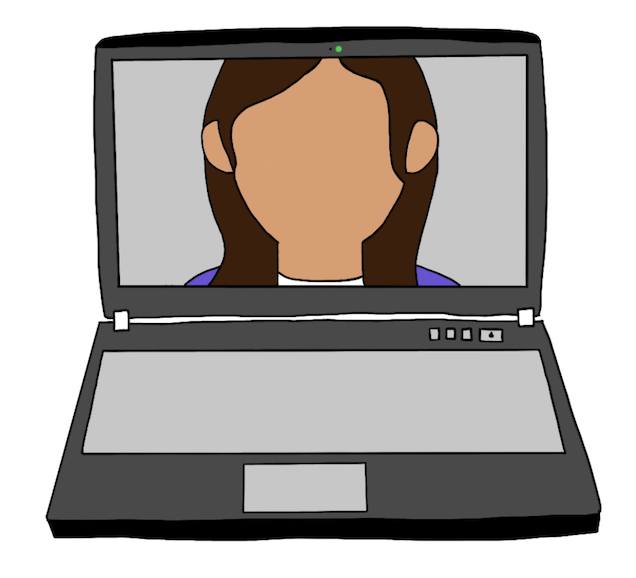 Since the start of virtual learning, it is mandatory that teachers record lessons everyday during class. Many students think this can be helpful, but some consider it an invasion of privacy.

Although some teachers might not require it, most do require students to keep their camera on during class unless a break is taken.. Many students, like senior Brianne Boyer, are not affected by the acknowledgement of them being recorded.

“I’m okay with the classes being recorded because I understand that when students are tardy or absent, they will need to know what has gone on in class,” Boyer said. “I actually wish there had been a way to record lessons in in-seat school in the past because it is very helpful for when students are sick.”

Boyer continued to say that she is not thrilled about the situation, but she is happy with online school. Senior Lanna Lowrie had her own opinion on the matter of the surveillance during classes.

“Always having to keep our screens on seems a bit much if we’re only working,” Lowrie said. “I really don’t like the surveillance that’s on us during class because it feels like my privacy is being invaded.”

“…In video calls, students’ faces, names, voices, and home environments can be captured,” Okuda said. “This can create a tricky privacy circumstance for instructors.”

“I don’t like the rules about keeping our screens on all the time because I feel like I always have to worry about my expression or what’s in view for the camera,” Lowrie said.  “…It’s understandable during a lesson, but other than that it’s weird that everyone can see you all the time. All of our actions can be played back since it’s being recorded too.”

Many students like Boyer disagree to say recording lessons is a benefit for students, others, like Lowrie, think of it as a violation in students’ privacy. Although Lowrie sees recording students as a small violation of privacy, she still, like Boyer, sees the rationalization.