“It was somewhat of a hail mary.” 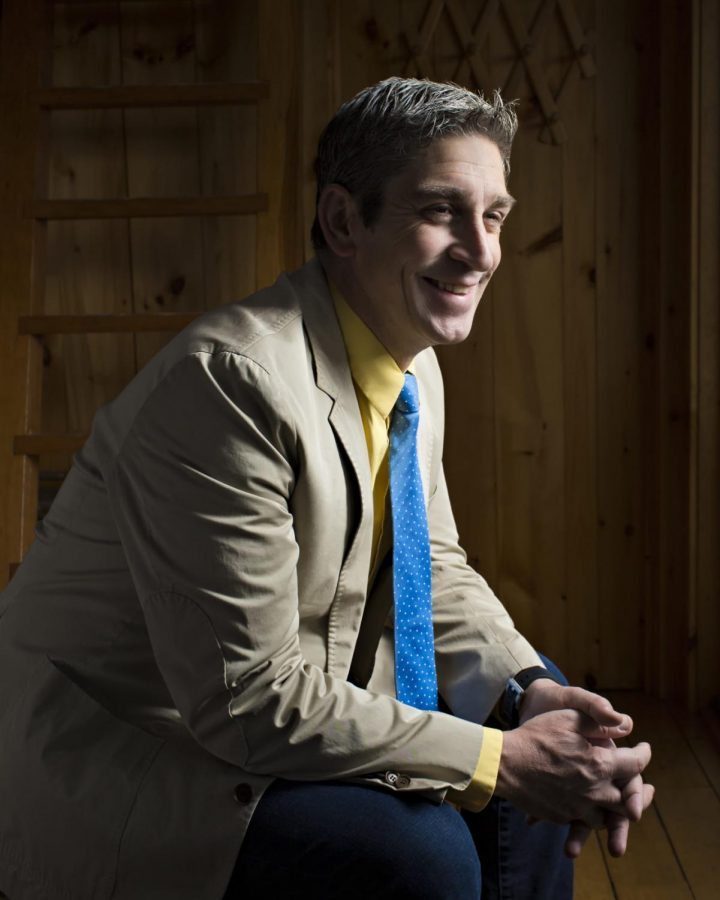 “We honestly did not expect any response back from him. We were hopeful for some kind of email back, but to have him send us a video and a signed copy of his poems was so nice,” senior Apoorva Mirji said. “It just goes to show how dedicated Mr. Blanco is to the art of poetry and the themes it presents.”

The closer it gets to the last day of school, the more senioritis many seniors tend to develop. Mirji said it was the strong connection to his work that made her and her partners go above and beyond to reaching out to Inaugural poet Richard Blanco for an AP literature assignment.

Blanco, born February 19, 1968 is an American poet, public speaker, author and civil engineer. He is known as the fifth inaugural poet, performing his poem, “One Today” at President Barack Obama’s second inauguration. He is also the first immigrant, latino and openly gay poet to perform at a president’s inaguration.

“The assignment… was a poetry panel presentation that they put together for AP Lit,” AP Literature teacher Lisa Knudson explained. “They had to choose a poem by a poet and write an AP style essay question for it, annotate it, break it down, and then present to the class their findings. They had to put together a visual presentation as well.”

Sitting a few miles apart, working on the same google slides, Mirji and seniors Om Shah and Raj Kuperkar decided to take a chance. They all had a fascination with Blanco’s poem “Mother Country” and its “portrayal of the immigrant lifestyle.” With much excitement, they sent an email to Chloé Firetto-Toomey, author assistant of Blanco. Though hopeful, Mirji and Shah said they were not expecting much of a response.

“In all honesty, we stumbled upon his contact info online and we thought it would be a unique idea,” Shah said. “It was somewhat of a hail mary.”

When presenting their presentation, Knudson noticed they were referring to him by saying “he told us that…” and wanted to know why.

“That’s when they told me they had contacted Mr. Blanco and he responded,” Knudson said. “I was excited and blown away (as that was not a requirement) and they used some excerpted pieces of the video he sent back to them.”

Upon finishing their presentation, Mirji and the group sent Knudson the video of Blanco’s responses. She was very grateful for the surprise and has much appreciation for Blanco.

“I think it important to study poetry, but poets like Richard Blanco are even more important,” Knudson said. “Not only is he an immigrant and an openly gay man, he looks at injustices that take place in the United States while focusing on what it means to belong somewhere. For an Inaugural poet to take the time to reach out to students studying his poetry, I have so much respect for him.”

Mirji and Shah both said they learned so much from this experience and can’t wait to share the story.

“I never thought about how poetry could cause such a notable impact, and that it could be used as an ‘awakening medium,’” Mirji said.