Senior club leaders at Troy High discuss their journey to where they are today. 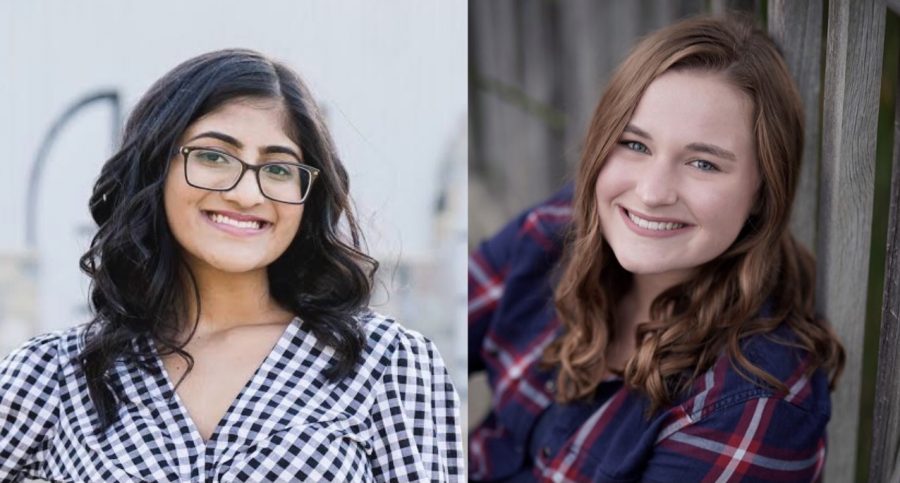 “Leadership” is a word which is often both beloved and dreaded by many students. Beloved, because possession of this noun is something that can be applauded, and dreaded, because it seems to exist in almost every college essay prompt. As with any human trait, leadership holds no solid definition, and it’s of little use to try and give it one — like pinning butterflies to a corkboard. What is leadership? Sometimes, that is for the leader themselves to define.

Senior Srishti Gowda is the current president of Club Med. She shares her path to success.

“I started out as a member [of Club Med] during my freshman year, and was successfully appointed Doctor Lecture Coordinator for the entirety of my sophomore year,” she said. “I was then elected Vice President for my junior year, and President for my senior year.”

Leadership is often a series of choices and changes, rather than any one shining moment. As with any changes, this process of ascendancy through the ranks can be tumultuous — and rewarding.

“When I found out I got that officer position of Doctor Lecture Coordinator in my sophomore year, I was both excited and a little bit nervous,” Gowda said. “Since it was my first officer role, I didn’t know what to expect.

Gowda goes on to explain her ascendancy through the ranks in the following school years, all culminating in her being appointed as the president of Club Med. Her story of taking on the challenges and excitement presented by these roles one by one lends support to the idea that leadership is a slow path of hard work, a series of stepping stones in a river which one must have the courage to jump from one to the next. Leadership is mostly commonly seen in that glamorous media image of it, in that idea that it’s one shining moment that separates someone from all of the others. However, perhaps leadership exists in more commonplace ways than that.

Senior Maggie Huber is one of the team captains of the Troy High Forensics team. She discusses a similar string of events.

“I was appointed captain going into my sophomore year,” she said. “I was honestly really surprised… In addition to being surprised, I knew I had a lot to prove.”

Leadership, then, may often be found in someone who can look at twists in the path ahead and learn to walk along them in step. What else might constitute that fabled noun?

“…The most important [leadership trait] is having good communication skills,” Gowda said. “This doesn’t mean you have to be the most outgoing person, but you should speak openly and honestly with others – whether that be the club’s faculty advisor or your fellow officers. Another important trait is being comfortable with adapting to sudden changes. Last summer, we did not know if we would have virtual meetings or if it was safe enough for in-person meetings… I prepared plans to have virtual meetings just in case. This paid off when we had our meetings on Google Meet for the entire year… we were able to hit the ground running when school opened in August.”

Huber explains that leaders need 2 main qualities: “organization” and a “go-with-the-flow” attitude — which can have even more weight now, given the recent complications of the pandemic, and the way it has thrown forks into the path for many clubs this year.

“Forensics switched to an online format for competition this year because of Covid, resulting in us having to learn an entirely new way to register and compete at tournaments,” Huber said. “I wanted to be able to answer any question my teammates had so one day I spent an hour learning the new software and then teaching it to my team.”

Many generations of students pass through the hallways of Troy High and leave markings of their joy and passion on the classroom walls — imprints which are alive in their own way, even after the student has long since left. Troy High, today, is full of contributions from its past peers: from the clubs that these students helped to spearhead in their four years here, to the athletic records set in adrenaline-filled sports events. Glass display cases in the hallways shine and shimmer with the proud, polished trophies from past mathematics competitions, and with fantastical works of watercolor and paint that won top honors in art classes. From yesterday and today, students have the power to compel the tides of tomorrow.

Gowda hopes that Club Med will continue to flourish, even after her departure from Troy High this year. For many incoming students, she believes that Club Med could serve as a great gateway to interest in the medical field.

“I hope that more students become aware of THS ClubMed in the future so it can be more active within the student body,” Gowda said. “For example, I would really love for there to be an Alumni Network established… I think it would be really inspiring for members to see people who were once in their shoes continue on this path to fulfilling careers in the medical field!”

“This year, we took 5th in the states — the highest we have ever placed at states,” Huber said. “I watched students go from having no idea what their category was to being state semi-finalists and finalists. I hope the team continues to sharpen their skills and grow as one incredible group of speakers.”