The Grand Return of Y2K 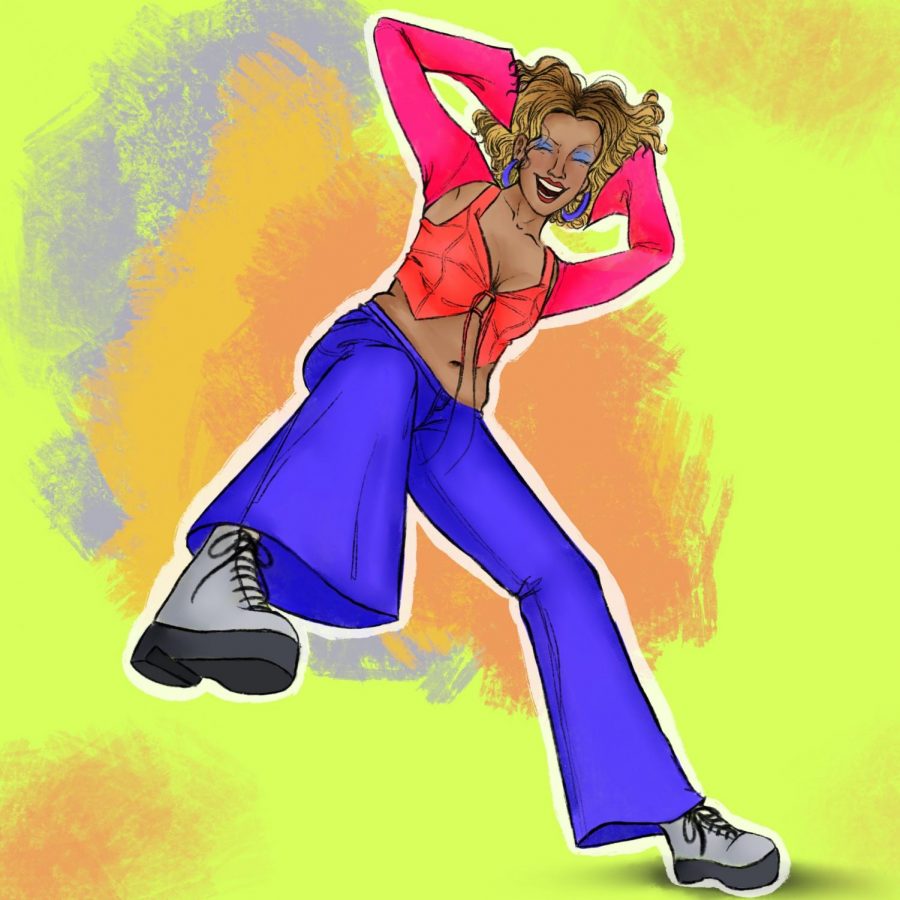 In recent years, those involved in the fashion scene have seen the revival of Y2K fashion, or fashion highly prevalent in the early 2000s; with both Millennials and Gen-Z’ers hopping on this trend. This may be related to the fashion trend cycle, celebrities and some form of nostalgia.

The trend cycle in fashion has been around forever, as they say, what goes around comes around. A trend cycle starts with a style being introduced (or reintroduced) likely by a celebrity or designer who largely affects fashion. That style is accepted by people publicly and is worn by general consumers, staying prominent in fashion for a number of years. Then, the style slowly loses favor among younger crowds and is eventually exiled as a thing of the past until the cycle repeats.

Recently, we have seen that the trend cycle has greatly lessened in time between recycling fashion. This is likely due to social media, and the fact that people are demanding new and unique fashion constantly.

English teacher Emily Rusk shared her opinion about the fashion trend cycle, and its shrinking in length.

“Back in the 2000s, we  would get a lot of our fashion inspiration from magazines, so we would have to go to the store and buy magazines to see what people were wearing,” Rusk said. “Now you get that information so fast from social media, that it causes fashion to evolve faster as you are more quickly informed of trends.”

Social media is causing fashion to be recycled at a rapid speed at which trends are brought back not even 20 years later. Sooner or later 2010s fashion will be back, so don’t throw away your mid-rise skinny jeans and bomber jackets.

Social media’s prevalence in modern day also gives celebrities a chance to influence fashion. Celebrities such as Bella Hadid, Madison Beer, Lily Rose Depp and Olivia Rodrigo have all been sporting Y2K fashion as of recently. There are many more celebrities dressed in Y2K fashion and together they have a huge influence on people, and how society perceives fashion. Then, there are celebrities such as Paris Hilton, Rihanna and Britney Spears who have stayed prevalent in pop culture through the years. Celebrities like this cause nostalgia especially amongst millennials, who have a big hand in how fashion is categorized today.

The recent pandemic has caused many people to feel the effects of lack of socialization. With Millennials growing up in the early 2000s and Gen-Z being heavily affected by Y2K pop culture, fashion from the early 2000s is a huge aspect of both generations’ childhoods. When asked if she remembers the early 2000s as a better time, English teacher Christina Rick said,

“The lack of media that was easily accessible in the early 2000s, kinda created this bubble where I didn’t really realize reality.” Rick said, “That may be where some of the happiness was from, more of an ignorance. I do think the lack of connection was nice as it allowed me to be more childlike for longer.”

Many people in both generations categorize the early 2000s as a “better time”, so subconsciously many may choose to dress like it’s still the 2000s to achieve that same feeling. Of course, all of these opinions are coming from the internet, and opinions found on the internet are often more extreme.

“Think about boot leg jeans or flare jeans . . . They are the same type of jeans, we just renamed them.” Clark said, “Or like flare yoga pants, we used to call them yoga pants and now you guys call them leggings.”

Big corporations renamed or used synonyms for previously fashionable items of clothing. A brand that is guilty of this is Pink. They were very popular in the early 2000s with their low-rise yoga pants, and today they sell high-waisted leggings that are advertised as workout attire. People are no longer looking for yoga pants as we now interpret that article of clothing as old and unappealing, whereas leggings are considered trendy and versatile.

Y2K is coming back and there is no hiding from it. So dust off your low rise jeans, baby-doll dresses, and velour tracksuits. Whether you’re happy or not about Y2K’s revival, it was bound to happen.