Exploring the cause for the THS Football team's winning streak. 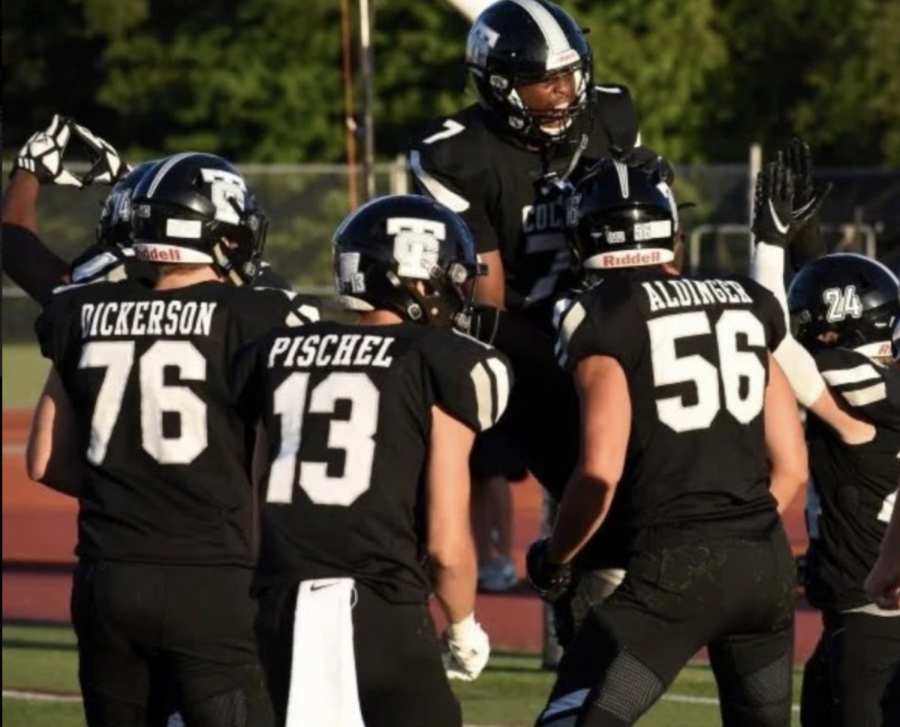 Troy High School, as well as many rival schools, can’t deny our football team has been crushing it lately with the wins. With the season coming to an end, it is important to acknowledge and recognize our team’s achievement and dedication to their game, and take time to analyze who or what they may owe their success to.

Football coach Brady Blackwell expresses what he believes the team’s success is owed to and what factors play a role in the creation of a winning team.

“We have great senior leadership and they have worked extremely hard in the off season and that has carried over to this season” Blackwell said. “Many of our players started on last year’s team and that experience combined with their athleticism has led us to the start we have had.”

Blackwell sheds light on the behind the scenes work that led to the amazing success of the Troy High football team’s season so far, and begins to describe how a sport’s off-season can be very important and very beneficial for the overall prosperity of a team.

Following the theme of out of season work and maintenance, according to an article written by Ohio University titled Why is Off-Season Athletic Training Important? The off season can be a time to train, community build, and strategize, for upcoming seasons.

“It’s important to maintain athletic prowess, because it’s much easier to stay in shape than get back into shape,” the article said, “off-season training is important regardless of the sport because it is a time to rest, develop, improve and focus on skills that directly and indirectly affect competitive performance”.

However it’s not just Blackwell and Ohio University that believe the off-season dedication drives a team to success. Football coach Chris Frasier also seems to agree.

“I think our team experience and off-season investment are the biggest reason for our success…They learned what worked and also what things they needed to work on before this year started” Fraiser said. “As a group, they all made a huge investment in the off-season, both in the weight room and during our camps. These investments have paid off this year with the current success they are experiencing on the field.”

To further understand what the team’s success is dedicated to, senior George Lawless, explains the team atmosphere and how their feelings for one another, and their overall bond as a whole, plays a big part in their truimph.

“The thing that has contributed the most is us as a family, we all love each other and will fight for each other.” Lawless said. “We all have the heart for the sport and it’s starting to show”.

An article written by Anthony Stone in 2017 titled The Importance of Transforming a Football Team into a Family further solidifies the idea that a good team bond is necessary for any football team’s success.

“Football is more than just a game – it’s a bond, and it goes beyond the football field…Something happens every time they step on the field. Players learn to rely on each other because football is not a sport of individuals or playmakers. It is a sport that unifies individuals into a working machine.” Stone said. “The quarterback needs the offensive line just as much as the tight ends and the receivers. The offense relies on the success of the defense and vice versa. It is crucial that every player is fine tuned in their skill set so they can work as one team, one unit.”

The family dynamic that our coaches and players have managed to interweb in their team, and the dedicated and purposeful steps taken to continue to do better even in the off-season, have definitely paved the path to accomplishments for our football team. As many sources both in and out of Troy High’s team say, the support within the team drives them to do better, and in turn, play better; and as Lawless said,

“With the fantastic help of our coaching staff we have been able to play for each other and our family. As well as Troy High”.