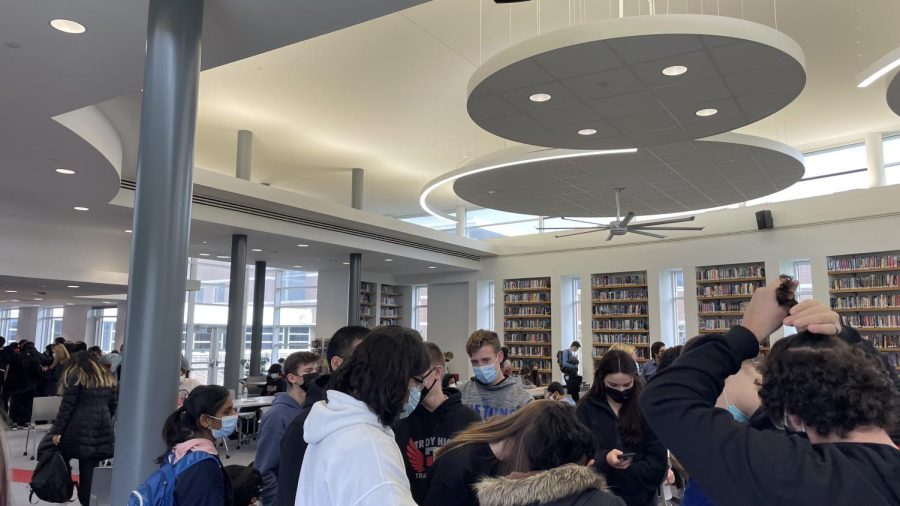 Since this year’s return to in person learning, a lot about the school’s resources have changed. Some of these resources include substitute teachers and bus drivers, which have shown to massively impact how the school functions. The shortage has made classes run in the library and buses run late.

This year, there have been multiple days where classes take place in the library when a teacher is absent. This is due to the lack of substitute teachers in the district, with elementary and middle schools having a higher priority for substitute teachers over the high schools. According to sophomore June Tegge, it “heavily affected my ability to work” since it was “close to impossible in the environment”. But when too many classes are in the library at one time, it becomes a bit overwhelming for kids, teachers and the librarian herself. “Teachers like to bring their classes to the media center on Fridays because it’s an easy lesson plan,” says librarian Toni Isaac, “but when they’re using the library for coverage for substitute teachers, the regular teachers don’t feel like they can use that as part of their lesson plan”.

There’s also a lack of bus drivers within the district which is caused by a lot of factors. A Troy School District bus driver says part of the reason for the shortage is “the high responsibilities of the job, the stress with minimal pay and no benefits”. The starting wage of bus drivers in the Troy School District is $21 an hour, which many would consider a lot, but taking breaks and summer into consideration, “most of us make an average of 27,000 a year”. Comparing this to the average teacher salary in the district, $63,701 (according to Salary.com), it is significantly lower. These conditions have caused a lot of drivers to quit, “as we speak four people have put in their letter of resignation, two effective next Friday and two more have given until the end of this school year.”

The Troy School District has been suffering from a lack of bus drivers and substitute teachers since the return to in person learning. As noted earlier, part of this is because of the unsatisfactory reparations they get for their work, while other districts offer more. They don’t get enough compensation for the work they do,

while also dealing with a “lack of any respect throughout the district.”