The pandemic that never ends. 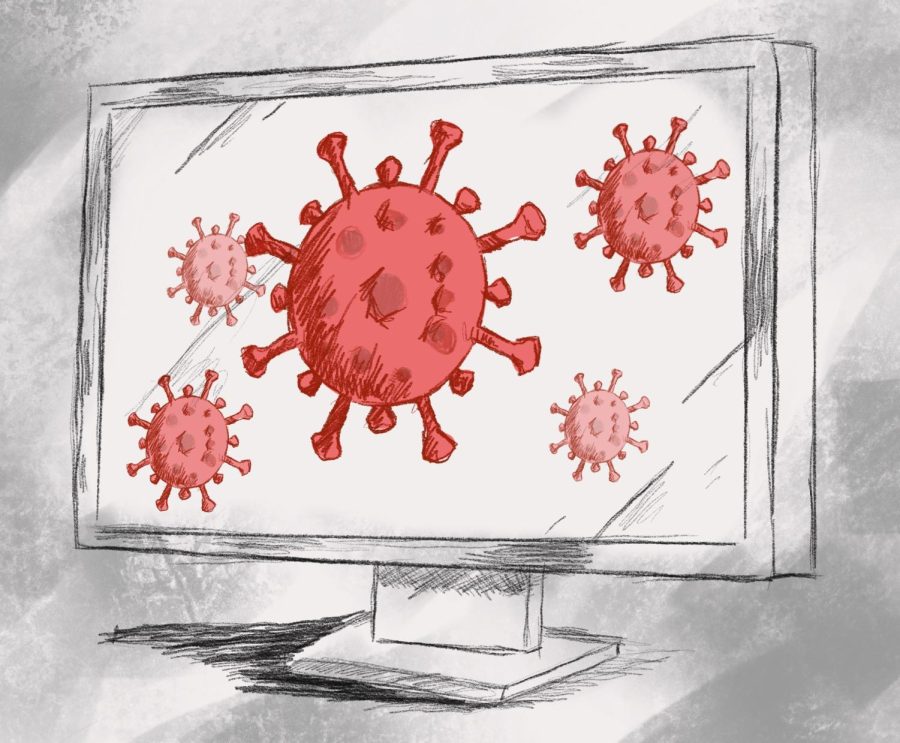 With rising COVID-19 cases across the country, and the subsequent shutdown of some of the nation’s top universities over the winter holidays — one question consistently seems to bounce around the Troy High hallways: Do you think we’re going back to virtual?

On Wednesday evening, Jan. 12th, an email was sent out by the Troy School District, confirming that midterms would be held online as the first semester ends. Now, however, it’s a question of if we should come back.

“In my opinion,” Sophomore Class President Aanya Shah shared, “I do think we should go virtual for at least a couple weeks until our cases in the Troy School District settle down. Recently, we’ve had a surge in cases and a lot of people don’t feel very comfortable going to school. Especially since there’s been so many students quarantined, and they’re missing out on learning time in class. I think going virtual would benefit many students.”

Another student shares similar concerns regarding quarantined students: ​​“I do think there should be a better system for [those] kids,”  Sophomore Harsimran Kaur Singh revealed, “because it’s just not sufficient for kids to miss two weeks of school.”

An anonymous student shares different views than those who prefer virtual schooling: “I want to come back to school. I mean, virtual learning, let’s be frank here, 90 percent of students are going to cheat, and it’s just really hurtful to the 10 percent of people who maintain their integrity, you know?”

The criteria for what constitutes a lockdown, sending schools back into a virtual state, seems to be changing as we progress into almost two years of a worldwide pandemic. Concerns, as well as cases, are also rising with the information that individuals with close contact to COVID-19 are no longer being made aware that they are close contact to begin with. Quarantine guidelines have also decreased from ten days to five.

Sophomore Yuktha Gowda puts it simply: “People who are vaccinated can still get the virus — it’s not like that. Also, you have to consider the asymptomatic people. We might have people walking around this school right now with COVID who don’t seem like it, but they do, and they’re infecting others.”

Although there are contractual obligations that prevent the Troy School District from operating as it did in the latter half of the 2020–2021 school year, people want it back, or at least some form of it, including Aanya Shah:

“Going back [to school] sophomore year was overwhelming almost, and very worrisome, looking at the hallways and the amount of people. I do think they handled it very well in the last quarter of last year, and that we should implement some similar procedures this year as well.”

And to simply accept this as a ‘new normal’ just feels immoral. Yet it is everything and all that we are told.

The student who chose to remain anonymous agrees: “I don’t want this to be a ‘new normal.’ I think something has to change. Not necessarily that we go in-person and go back to the ‘old’ normal. [But] if we do have a ‘new normal,’ I don’t want it to be this.”

So when does it end? And how? When do we stop feeling like we’re part of a losing battle, turning in on ourselves, with no light at the end of the tunnel?

We’ve forgotten the point, to get rid of the virus, to ensure everyone’s safety, and to make it out of this with the least amount of scars that we can afford. Aside from the virus we’re already fighting, we’ve been infected with the satisfaction of settling for less.