All is Fair in Love and Water 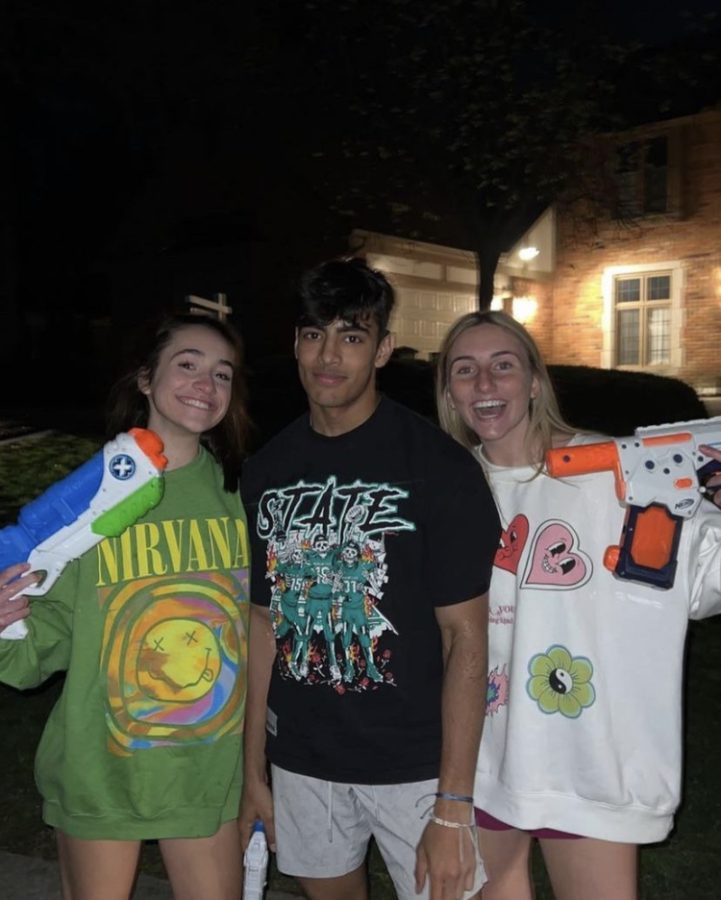 The first Instagram post signalling the start of Water Wars was posted on April 7, 2022 on @thswaterwars22. The actual fighting itself didn’t start until after school on Friday, May 6th. The first elimination was documented by video as Osman Hameed from the team ‘Wat-er You Doing Step Bro’ was eliminated by Aditya Shankar of ‘Squirtle Squad.’ The person running the account was identified at a later date as Senior RJ Brar after a slight controversy over how the games were being run.

In a statement by Brar, he said: “Everyone wants something different and it’s so annoying… Changes [were] needed, but everything is mostly the same,” Brar said. “I went off the rules from previous years.”

The revised rules of the game are as follows: instead of junior judges, three senior judges were chosen, Alex Duda, Tarik Campara and Ali Shitari. These judges are the current holders of the Water Wars Instagram account.

Teams are composed of five to seven students; the last date to register being April 29th. School events and grounds are completely off limits, including places of business after many altercations with local police officers in previous years.

Before the rule surrounding the campus was made a couple years ago, 12 English Teacher Jacqueline Ciolek recollects moments where “Kids would be hiding out in a room, trying to make a plan of how to get out of school. Or, literally sprinting from practice because spring sports were in full effect.”

Although the games have been running smoothly so far, the official Water Wars account posted a meme on their Instagram story on May 9, detailing a man conflicted over pressing two buttons, each labelled ‘Actually Read The Rules’ and ‘Claim the Judges are Bias[ed]’. The account went on to share another meme hinting at angered seniors sending the judges death threats after decisions are made.

Former Banker and Senior Shaelyn Ronzi spoke about a related instance regarding the senior group chat: “Everything that went down in the senior group chat was really upsetting. It definitely took a toll on me,” Ronzi said. “It almost felt like everyone was attacking me.” The controversy Ronzi spoke of would be the tipping point leading to Brar’s identity being revealed. It would also lead to the banker being named as Senior Ewen Bruneteau with the new change of rules.

But, Ronzi notes, “I’m still looking forward to having fun with the girls I’m on a team with.” Laughing, Ronzi admits the team’s name to be ‘Pump and Dump.’ She would end up taking RJ Brar out of the game with her friend, Alexis Kapallani, as pictured on the official account on May 8.

Ciolek remarks on the culture of the games: “I think it’s a little funny watching kids’ competitive nature come out,” Ciolek said. “I just think it’s really interesting watching the teams, because with the super competitive kids it’s like of course. But then it’s the quiet kids being really sneaky and elaborate that gets you. It’s just cool when it brings everyone together one last time as a class.”

Regardless of the controversies, numerous pictures of eliminated seniors show smiles and video takedowns of one another. Students can continue to view the progression of the games on @thswaterwars22 on Instagram until the games end on June 9, 2022.