Accommodations are not cheating, students who receive services are not stupid and special education is not a place 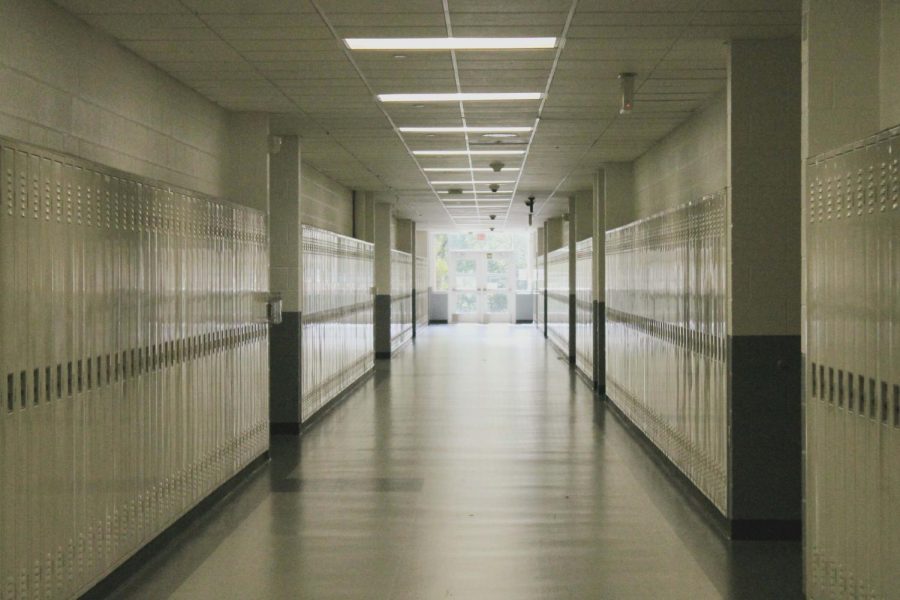 Often times resource room classes are put at the end of hallways, maybe this to separate maybe it is for space, either way it’s where the shine breaks through.

Please note that all of the parents and students interviewed have had their names changed not only to protect their family’s privacy, but also in respect to the Family Educational Rights and Privacy Act. The names of the special education teacher’s name as well as the director of Special Education’s name have remained intact.

Thomas Edison is known for many things, primarily the incandescent lightbulb. He attempted the invention hundreds of times before achieving it, cementing him as a person who exemplified true grit. A little known fact, though, sheds a different light on the man people call “America’s greatest inventor.” In a letter to his mother, his teacher called him “addled,” which later evolved into “retarded.” The letter went on to say they would not let him attend their school anymore.

Some sources say he was dyslexic.

He was then home-schooled by his mother. If it had not been for his mother and his personal strength and endurance, Edison would have fallen behind. Edison, one of the greatest inventors of all time, would qualify for services through the special education of modern times; therefore, one has to question how many other future Edisons hide in the midst.

A common misconception exists that students who receive services can’t be as strong academically as those who don’t.

“[Students who receive services can] be just as competitive as the general education students,” Amelia Johnson, a mother of a student who previously received services through Troy High’s special education program, said. “Students with disabilities can learn; they learn differently. There are a lot of different paths to the same destination. One path should not be judged superior to another path.”

Johnson’s experience with special education includes some bumps in the road. Her child, who had an Individualized Education Program, struggled to receive the extra help they deserved. The more her child was placed in, as she phrased it, “inappropriate programs” administered by teacher’s aides and substitutes rather than a teacher, the more stupid they felt. Johnson feels an emotion no parent should have to feel: guilt. Guilt because she places the blame on herself for her child falling behind and struggling in the way they did.

She expresses that her child was not held to the same standards as the other general education students, even though learning disabilities have nothing to do with one’s IQ.

“[My child] felt like it was impossible to earn the grade on their own merit,” Johnson said. “They did not have a sense of what it took to be successful at a college or a university. It was just one more hit to my child’s self-esteem when they realized grades were not based on attendance and effort.”

9.9 percent of students in the Troy School District receive special education services. According to the Individuals with Disabilities Education Act, special education is “specifically designed instruction, at no cost to the parents, to meet the unique needs of a child.” The purpose is “to prepare them for further education, employment and independent living.”

Many students who receive services are perceived as “special ed students” and therefore viewed differently than the general population.

“The thing that I think is really important is that all [special education] students are general education students first,” Jessica Carrier, the director of Special Education for the TSD, said.

For Kendall Williams, a mother of two children with IEPs, she sees strengths and weaknesses of special education. One of her children has a fair share of struggles with their journey with special education services, where her other child has a much more positive experience. Either way, it has affected her and her family. She says special education can be a sensitive topic to discuss, and at first, her family believed that talking about it would be declaring her children as different. Yet, she believes that had she not intervened into her child’s education, her child would have “fallen through the cracks.”

Students that receive special education services are Troy High students, just like everyone else.”


“I had pushback from family,” Williams said. “I was told not to ‘label’ them as this would affect their future. Had I ignored the issues, their future might not have looked as bright as it does today.”

Both Williams and Johnson have experienced feelings of isolation. Williams wishes there was more support for everyone involved and Johnson would like the school to be a safer place for all students. For Sarah Rollins, another mother of two children who receive services through special education, she sees the struggles of isolation in children with special needs, but says she is grateful for all the assistance available for her children. That isn’t to say the road has been obstacle-free.

“I often wonder how lucky parents feel if the biggest challenge their child has is that they are an average learner or have to work a little harder,” Mrs. Rollins said. “‘Normalcy’ is a gift itself.”

Normalcy means something different for her son, Glenn Rollins. For Rollins, normal is receiving services. He personally doesn’t view special education negatively, rather he believes society has formed a negative narrative. Yet, he stresses that this is without fault to the school. Rollins doesn’t see himself differently from the rest of the general education students because he uses accommodations students only as he needs them, not as a way to get out of doing a task.

“I won’t use my accommodations as a crutch,” he said. “I put myself in the same circumstances everyone else does, so I can try to grow. Accommodations aren’t cheating.”

Generally speaking, both of Mrs. Rollins’ children have had very positive experiences with their school journey. Mrs. Rollins accounts that she has seen the steps her son has taken along the way to be where he is today, which include choices and coping skills, strong academic standing and good friendships. Rollins raves about his caseload manager.

Like Rollins, Johnson has encountered some teachers that have been beneficial to her child.

Out of all of Rollins’ teachers throughout the years, he can only recount one teacher that gave him a hard time.

“[My teacher] had a lot of preconceived notions and would only follow those notions,” Rollins said. “He wasn’t very accommodating and he would often put me in bad situations where I was set up to fail. He didn’t give me a chance to succeed.”

“Special education is a system of support,” she said. “Students that receive special education services are Troy High students, just like everyone else, that simply require some supports to receive an equal shot at education.”

An equal shot at education was a struggle for Samantha Griffin’s son, a graduate who received services through his years at Troy High.

“He was not always given the same opportunities as other students,” Griffin said. “[The school would] automatically [place him] in special education classes that we did not sign up for.”

Unlike Griffin’s son, Josh Wu, a student with an IEP, has had a more positive perspective and experience with special education. He he had learned how to do math better and his homework in class more efficiently. He believes that his caseload manager has helped him a lot.

“I like learning and I like the way [special education teachers] teach,” Wu said. “[My caseload manager] always asks me, ‘How are your classes going and do you need any help?’”

Griffin accounts for some helpful teachers along the way, similar to Wu.

“I think the triumphs are from the staff that took the time to understand [my child’s] learning style and that he was more than capable when provided the right supports,” Griffin said.

Didocha sees the value in her fellow teachers.

“We have a great team of teachers, social workers, speech pathologist and psychologist here at Troy High,” she said. “We all work very well together to meet the needs of all students the best we can. We collaborate and help each other as best we can. Every special ed staff member here has the best interest of every student at heart.”

For Rachel Adams, a graduate of Troy High, she sees more downfalls to special education than positives and sees the divide between general education students and students who receive services. She did not believe Troy High’s special education system prepared her for future education. Adams said that the school would pass her in classes with an A or B without teaching her how to study or how to take tests.

All [special education]
“People think that we are not smart,” she said. “We work twice as hard as everyone else to get our work done. Even though we get extra help, that does not mean that we get the answers to tests or that we get to skip homework.”

Didocha is in agreement with Adams that there are misconceptions with accommodations. She believes this is a stereotype that some people believe, and would like to debunk it.

“Special education students learn differently,” Didocha said. “They have not done anything wrong. They are not lazy. They want to do well. They simply need help learning and showing what they have learned in a traditional setting.”

Students who receive services through special education are just as much a student and a person as those who don’t. Special education is not a place where students are sent to be permanently removed from the rest of general education. It’s not the intention. It’s not the purpose. Different isn’t a bad thing. “Sped” is a derogatory term, same with “retard.” Just because someone receives services, doesn’t make them stupid. Getting accommodations isn’t cheating.

“People are capable of whatever they set their mind to,” Rollins said.

So, spread around the right narrative. Knowledge is power. When one walks through these hallways, they might just be walking past the next Thomas Edison.