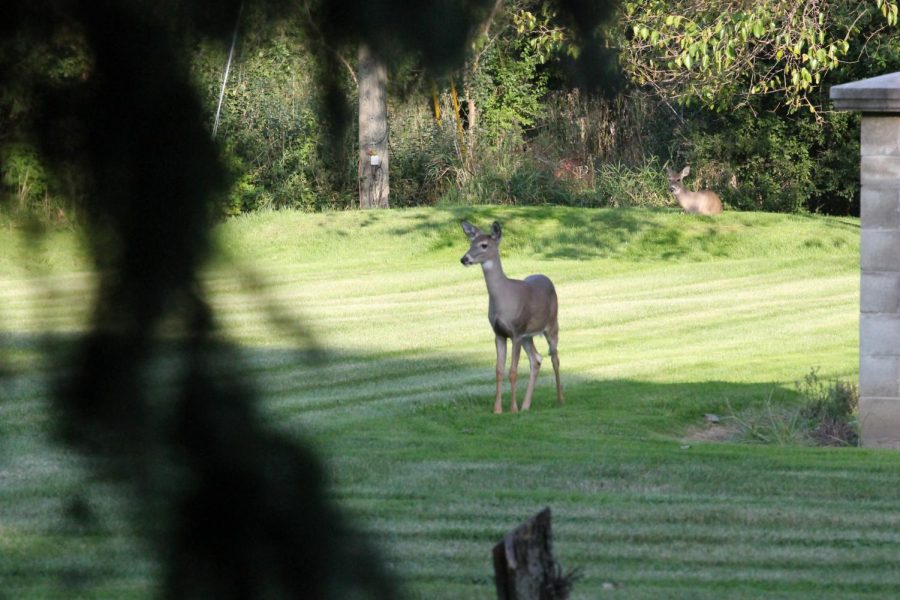 A Deer walking through a students backyard in Troy, MI.

Climate change is right now. Glaciers are melting, sea levels are rising and there are shorter periods between winter and summer. Global change is shown to be happening. The US Global Change Research Program says since 1906, the global average surface temperature has increased by more than 1.6 degrees Fahrenheit. Skynews reports a global temperature increase can cause glaciers to melt and mountainous regions to have an increase in landslides. As global warming becomes more relevant, the climate change movement has begun to unfold.
Greta Thunberg, a 16-year-old girl from Sweden is an outspoken activist on climate change. She has taken the lead on school strikes in an effort to elicit change in the world today. She spoke at the 2019 United Nations Climate Action Summit, where she advocated for Generation Z and how the older generations need to take action or problems may arise for the future generations.
Senior Molly Myers finds Thunberg’s actions to be directly increasing awareness and creating a cause for change.
“I think one thing that’s unfortunate is that although people get involved on social media, that’s where it ends,” Myers said. “I think when you look at someone like Greta — who’s really taken it far beyond just retweeting things, making cute signs and posting pictures — she is really taking it to the level of meeting with people who will make change and making it impactful.”