Student and alumni share their perspectives on the growth of Troy High from the past to present. 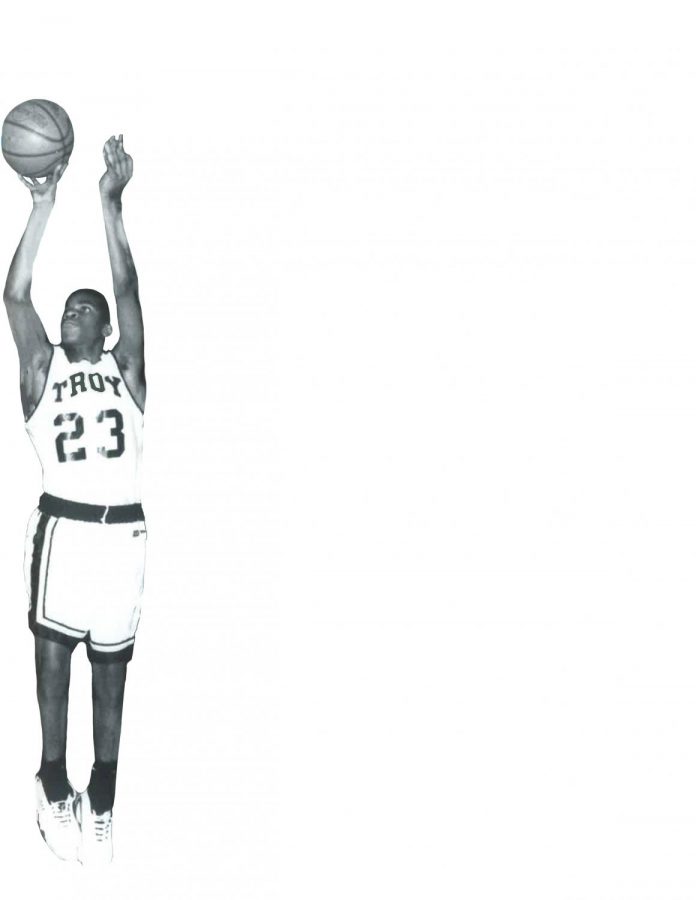 From being number 441 in the nation and among the top ten in the state, our school has seen growth and encountered changes along the way to receive the accreditation it has today. The evolving student culture at here has shaped the school and many former and current student experiences. It was originally founded in 1950, located on Livernois near Big Beaver. With around 1,500 students compared to 2,000 today, it continues to be a place where students of all backgrounds want to continue their education.

A 1986 alumni, Mike Smuts has noticed the differences from when he was a student and suggests that perhaps the past competition between Troy High and Athens led to Troy students setting themselves apart.

“Troy High School did not receive much funding for facility improvements over many years, which caused the school to become a little ‘run down,’” Smuts said.

In contrast, Athens was a newer school with much fancier facilities and equipment. Therefore, I think THS students feel a little bit ‘left out’ and it provided some motivation for the students to excel academically as well as athletically.”

“I have made the best memories with my volleyball team and there is almost never a mean person you meet in school, they are welcoming and friendly.

One thought that may enter people’s minds when they hear the school’s name, is the high academic performance level. Many of the alumni agree that it raised the bar academically and created a name for itself– now one of the best-ranked in the state.

Former anatomy and biology teacher, Bob Hamilton believes that the atmosphere at Troy was more well-rounded, and had many opportunities to practice anything students wanted. However, Hamilton still firmly believes that the school does a great job trying to make it an environment for all.

“When I first started at Troy in the 70s and early 80s, education was more rounded because there wasn’t as much stress on academia, it was whatever you need and want to go into, you go into” he said. “However, now, Troy High is educating it’s students based on all needs of society.”

Former alumni, Terri Mastrovito also agrees that the level of academics has shifted from when she attended the school.

“Academically, we weren’t bad, but nowhere near where it is today,” Mastrovito said. “We were recognized for sports and a growing district.”

Another big topic for discussion for our school is the high diversity level, which some say is one factor that sets it apart from other schools.

Senior Faith Keating enjoys being part of a school so diverse and sees the many benefits that may come with it.

“My mom always tells me that she never grew up in a very diverse place and that we’re so fortunate to be surrounded by all this culture and I think that’s really cool too,” Keating said.

Although academics have been presented strongly in the school, sports have also been a significant aspect here. Many alumni enjoy reflecting on the past successes that sports teams celebrated.

“We had a lot of great athletic accomplishments, making it to the state finals in football, being ranked number 10 in basketball, as well as significant academic and community involvement items,” Smuts said.

I have made the best memories with my volleyball team and there is almost never a mean person you meet in school, they are welcoming and friendly.”

Along with these sports, comes school pride and the school continues to strive for that. For some students, sports play a major part in their lives because they bring something new and enjoyable to the school other than academics.

“A moment that I know when I have pure colt determination is every time I step out on the soccer field and show that all my hard work– individually and with my teammates– has paid off,” sophomore Andrew Howard said. “It’s fun to represent your school in that way.”

Many current students now have teachers and peers around them that make them proud to be a Troy Colt. One of which whose mom graduated here.

“I like going to Troy High because of all of the people around you, they are all usually nice and you can ask questions and no one will be mean or make fun of you,” senior Garrett Mastrovito said. “The teachers are also very nice and helpful.”

Hamilton agrees that the school is a very beneficial place for individuals to be. One of the key components of the school that he thinks makes it a stand out is the respect.

Administrators here have worked hard to make the school a safe and enjoyable environment for all and many past and present students recognize the quality of the support they receive.

“I had a few teachers that I really enjoyed [who] helped me through high school and one actually told me something that helped me to decide on a degree for college,” Mastrovito said. “Mr. Glenn Corey gave me the confidence and a place where I could be successful in school. I will always be forever grateful to Mr. Corey for his encouragement and confidence in me.”

In addition, Hamilton also saw the value in a students’ expressions and was sure to be more than a teacher who just lectures every day.

“I taught about family and about love, why education is important instead of just doing it, and again that respect; I think the whole staff does that” he said.

Despite the many changes the school has experienced, high school is still high school and many say there are resemblances among the student bodies throughout the years. This includes similarities such as local rivalries or academic struggle or student bonding. One event that demonstrated a local rivalry is recalled by Smuts.

“There is a rather infamous run in between students from Troy and Athens during the winter of 1985 that took place at the Burger King at the corner of Rochester and Big Beaver,” he said. “The altercation was reported on the front page of the Detroit newspapers.”

In addition to the school still participating in the local mischief and fun, the school has also continued to provide many local opportunities for its students. Individuals who desire more out of school experience or unique activities are given that access here.

Mastrovito who was in the National Art Honors Society, was able to accomplish many community projects and was very thankful for her experience that the school contributed to.

“The most fun and interesting one was we got to paint the walls in the Troy Jail,” Mastrovito said. “We painted a beach scene for the prisoners to look at. There were rules for what we could paint and we couldn’t put any people in it so we used an umbrella sitting in the sand to hint at people being on the beach. It was also an eye opening experience, we had to walk through the jail and holding cell.”

School pride exists in many forms and people value their school in differently, but what makes our high school united is when people look past their differences and recognize that students from all generations are responsible for creating a culture that has proved so strong and provided a foundation for the rest of our success.

Even after graduating, the feeling doesn’t go away for some, which may demonstrate the quality experience they received here.

“It is always a great feeling to wear school colors,” Mastrovito said. “I am still proud to be a Troy Colt- mostly when watching my kids wear Troy High colors in their sports- I don’t think it goes away.”

As much as students don’t jump out of bed to go to school in the morning, our school has been, and is, a place where students can earn an education and be surrounded by those who want them to succeed. From the start, it has remained a high school that is welcoming and tries to provide all its students with resources to reach their maximum potential. Although time has passed, many alumni and staff, like Mastrovito, are proud to call themselves a Troy Colt. As shown by former teacher, Bob Hamilton who repeatedly said, “It was a privilege to be with you guys.”