Passion on the Floor 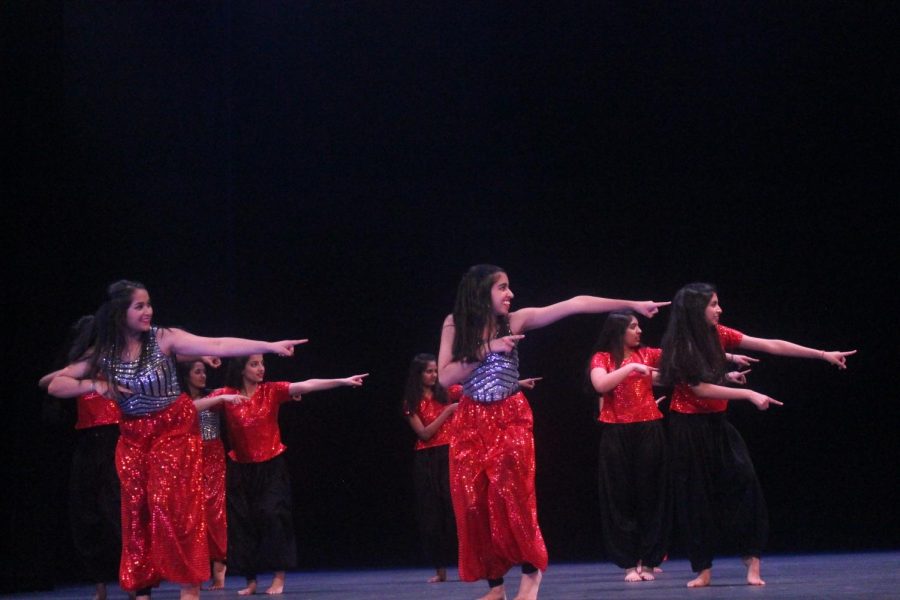 The Zahara team here takes a lot of commitment and passion, but for one member it’s more than just a passion, it is a way of life.

“I have been dancing since the age of nine,” said Senior Anagha Srivista.
One thing Sirvista has taken away from dancing is knowing that it keeps her grounded. In her early years, Sirvista was taught Kathak, a North Indian classical dance. In her high school years, she picked up a little contemporary Bollywood. From then on, she found herself in a pool of people with similar interest.
“Team honestly means family,” Sirvista said. “These are the people I spend the majority of my life with during competition season.”

Sirvista discovered the importance of dancing when she realized it is more than a team sport. Her awareness of this has allowed her to apply her knowledge to the real-world when being apart of extracurriculars, especially with difficult people.

“You can be the best dancer in the world but if you can’t coordinate yourself with other people and make sure you are part of a cohesive group, it still won’t look good on stage,” Sirvista said.

During hectic times, when she feels on the edge of a mental breakdown or just lazy day, Sirvista’s answer to solving this is dancing. It satisfies her because she gets to be surrounded with the people
she loves.

Sirvista describes the beauty of dance as endless possibilities and new music to keep up with.

“There’s always news moves too as long as you are creative enough to come up with them,” Sirvistasaid.

By dancing more and more as years go by the experience becomes vibrant. Talent is constantly brought in along with new dancers.

“My favorite part of the experience especially as a captain is seeing your team come together for the first time,” Sirvista said. “When you’re working for hours and it doesn’t seem like it will ever come
together and finally it does and everything is in sync, you can really see what your hard work has produced, and it’s amazing.”

Most of the time, the dancers have to see themselves as individuals. A Zahara dancer must consider making sure they are present and active during practice. Being able to make corrections, remembering to apply them immediately and never forget the little things is crucial.

“As a teammate you have to learn to work with the dancers around you to develop a complete style,”
Sirvista said. “If the entire dance leans on doing a move a certain way but you do it a little differently, you have to pay attention to things like that to make sure it looks cohesive.”

Memories are commonly made in the basement of one of the dancers. Zahara dancing is set apart from classical forms of dancing because it does not require special floors. At these practices, Sirvista works with two other co-captains, Srikar Kante and Akarsh Alapati, and the three work together to come up with the production. These practices require learning routines which becomes muscle memory, this is when the dancers aren’t thinking about what their body is doing they are just doing.

“I can still perform my routines from two to three years ago because I had practiced so much it’s kind of etched in my brain,” said Sirvista. “I’m sure that’s true for a lot of the dancers on this team.”

Although being part of the team can relieve stress, it can also bring stress when members have lots of homework and other extracurriculars.

“A few days ago I had a 10 hour practice,” Sirvistasaid.
But that doesn’t discourage Sirvista; with the amount of love she has for Zahara, she does what she has to do to make it work.

The amount of work the Zahra dancers put into their production greatly shows.

There is an annual competition called Desi Tashan in Northville that Zahara members look forward to. The team now participates in a new competition called Intezaar, which they placed second in last year. They will soon compete in March. The school commonly recognizes the team from exhibition acts like the pep assembly, weddings and grad parties.

One of the most prominent memories for Sirvita will always be show days where the whole team prepares for a performance.

“The entire team gets ready together with hair and makeup and we put our costumes on and drive to the competition,” said Sirvita. “It’s really hectic but there’s so much energy.”

Looking back from the first year of dancing Zahara as a sophomore, Sirvita has seen a growth of maturity in herself.

“I feel like it’s also so much different because I am a captain now and not just a dancer so that adds a whole other element to the experience,” Sirvista said. “I am lucky to have built three families that I cherish.It’s has been one of the most rewarding high school experiences.”