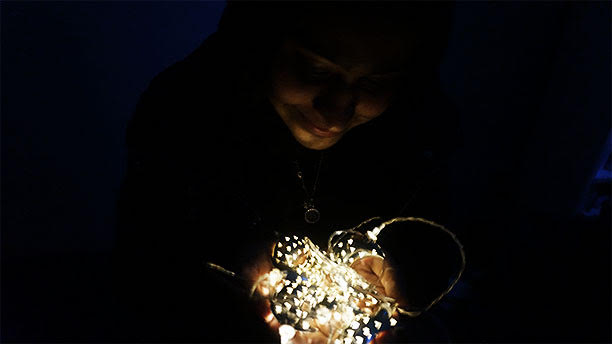 The Most Wonderful Time of The Year

The Christmas lights went up. All of America was bombarded with Christmas commercials on television, magazines displaying gift guides, songs on the radio and brightly-lit homes in neighborhoods. Public elementary schools around the country gave students Christmas-themed assignments; everyone was mailed advertisements for Christmas sales and Somerset, as well as every other mall in America, pulled out their holiday decorations. I could go on and on.
What about the dozens of other religious holidays celebrated every year by millions of Americans? America is one of the most diverse countries in the world, but if someone didn’t know any better, they’d probably think all of America only celebrated Christmas. Do most Americans even know that the holidays celebrated by their fellow Americans aren’t only Christmas and Hanukkah? Even with Hanukkah being popularly known, so many other celebrations aren’t given half the limelight Christmas is treated with every year.

I think it’s just enough to acknowledge that it exists [and] Christmas isn’t the only thing that’s going on this time of year.”

Religion is a large part of many people’s identities, and ignoring a whole religion until it becomes something convenient to run a smear campaign on just isn’t right. National debates around the politicization of Islam and Muslims aren’t just “hot topics”; they have to do with real people, real Americans. Many Americans, like senior Maria Malhi—who celebrates Eid—wish people would at least acknowledge that their religious holidays are part of the American experience as well.
“I felt like there should have been a mention like, oh, there’s Eid, you know, happy Eid, something like that,” Malhi said.
Malhi highlights something very important: even the smallest things can make the biggest difference. Everyone can do their part to be just a little more aware of traditions that people around them have, and something as small as a “Happy Eid”—just showing knowledge of a special time in someone else’s life makes them feel less foreign and more welcome.
The sad truth, however, is that instead, people are often totally alienated and made to feel like they don’t belong or aren’t really American, despite the fact that they aren’t foreign at all. When actually they are people who were born in the U.S., people who serve in the army, in government and so many other important positions. Our country’s current state just goes to show this. When politicians started to call for birthright citizenship to be revoked, they were ultimately claiming that you shouldn’t deserve citizenship if your parents embodied the American dream and immigrated to America. They were claiming that being a little different, dare I say unique, is un-American.
This is why the recent election of people like Ilhan Omar and Rashida Tlaib, the first Muslim women to have seats in the U.S. Congress, are so important. Muslims are seeing themselves included and represented in government more than ever. This is the kind of inclusion we need in every aspect of society. Being aware of the current customs and traditions of the people around you leads to more open-mindedness and allows people to better empathize with each other. In a country as divided as our own, I think simply creating a more aware and inclusive environment can make a world of difference.
There are so many everyday items that have always ignored every holiday except Christmas. When Starbucks came out and said they would no longer have Christmas decorations on their cups, it seemed like they were trying to solve the problem by not having any holiday decorations at all. However, I think that was the wrong move, not just because people were angry that they got rid

of Christmas decorations, but because they didn’t even consider just including all decorations.
The Starbucks cup fiasco was made into a big deal for all the wrong reasons. Until then, Starbucks had no Eid, Hanukkah or Diwali decorations ever, only Christmas decorations. Senior Anagha Srivatsa agrees that Starbucks should work on being more inclusive.
“You just put a lamp out [for Diwali], like something small,” Srivatsa said. “I think it’s just enough to acknowledge that it exists [and] Christmas isn’t the only thing that’s going on this time of year.”
If Starbucks wants to encourage its customers to come to their store to feel some kind of “holiday spirit,” and if they want all of their customers to feel like they are cared about, they should either have decorations for all religions or have no holiday decorations at all. The fact that there was outrage and people were feeling offended bothers me even more. So many other religions that are totally ignored live with it every day, and as soon as Starbucks’ Christmas cups are gone, it becomes a national crisis?
This is the nature of something that has been bothering me throughout the process of writing this story. I have a feeling that people might ignore the earnest truth behind this story and label it as “anti-Christmas,” just like Starbucks removing Christmas cup decorations was labeled as “anti-Christmas.” The fact that Christmas was the only holiday Starbucks seemed to care about in the first place seemed to be deemed irrelevant.
It’s not a great environment in public schools, either. Elementary students are given Christmas-themed assignments, regardless of their religion. Kids who don’t celebrate Christmas can often be made to feel like they haven’t ever experienced joy with the classic “I can’t believe you don’t celebrate Christmas!” line from other kids who have potentially never really learned about or been exposed to other religions. As for the kids not celebrating Christmas, their friends talk about their Christmas trees and Christmas wish lists, and when their holiday rolls around, it might as well be nonexistent to everyone at school.
This even happens at our school, while it might make sense for a language class to teach how people of the language celebrate certain holidays, it’s not really secular for there to be religion-related assignments in any other class. As a public school, we should work to make students aware of all religions and their traditions and celebrations, but school assignments shouldn’t be related to a religious holiday. It can make kids not celebrating Christmas feel like they should be celebrating it, unless they want to be the odd one out.

In my family at least, my mom makes an effort to educate students in my brother’s elementary school around Eid. She talks about how there are two Eids a year, and how we do things like exchange gifts, go to our Mosque, dress up and spend time with family. That way, kids can understand that everyone around them celebrates, even though what they celebrate might not be Christmas. Senior Morgan MacDonald agrees that it wouldn’t hurt to be a little more aware and inclusive when it comes to holidays.
“[This] is such a diverse city; there are a lot of different things that people celebrate that I don’t even have any clue about,” MacDonald said. “It’d be cool to know about the people you are around every day.”
It’s true. Over and over again I hear people talk about how divided our nation is, and I can’t help but think that part of the reason is that most people know very little about people who do things differently than them and they hardly ever make an effort to learn. The thing is, we can’t grow together as a country if we simply leave people we don’t understand completely out of the picture.
Not seeing my religion reflected in pretty much any part of the media, unless it is being blamed for some form of violence, adds to the stigma that keeps Islam and Islamic holidays shrouded in mystery and scares conglomerates away from even advertising to the whole demographic. The fact is, we’re normal people, and like anyone else, want to feel included in our homeland. It’s simply not fair that only a select group of Americans get to feel like they are an important and valued part of society.
American culture doesn’t only include Christmas, but it includes Diwali, Eid, Hanukkah, Ramadan and everything in between, and that is what’s supposed to make America so special. Even though we may all have different traditions, we must embrace them all and embody the salad bowl analogy of diversity. It’s time for America on TV, on paper and in government to start representing the whole nation as there is no one “true” American.