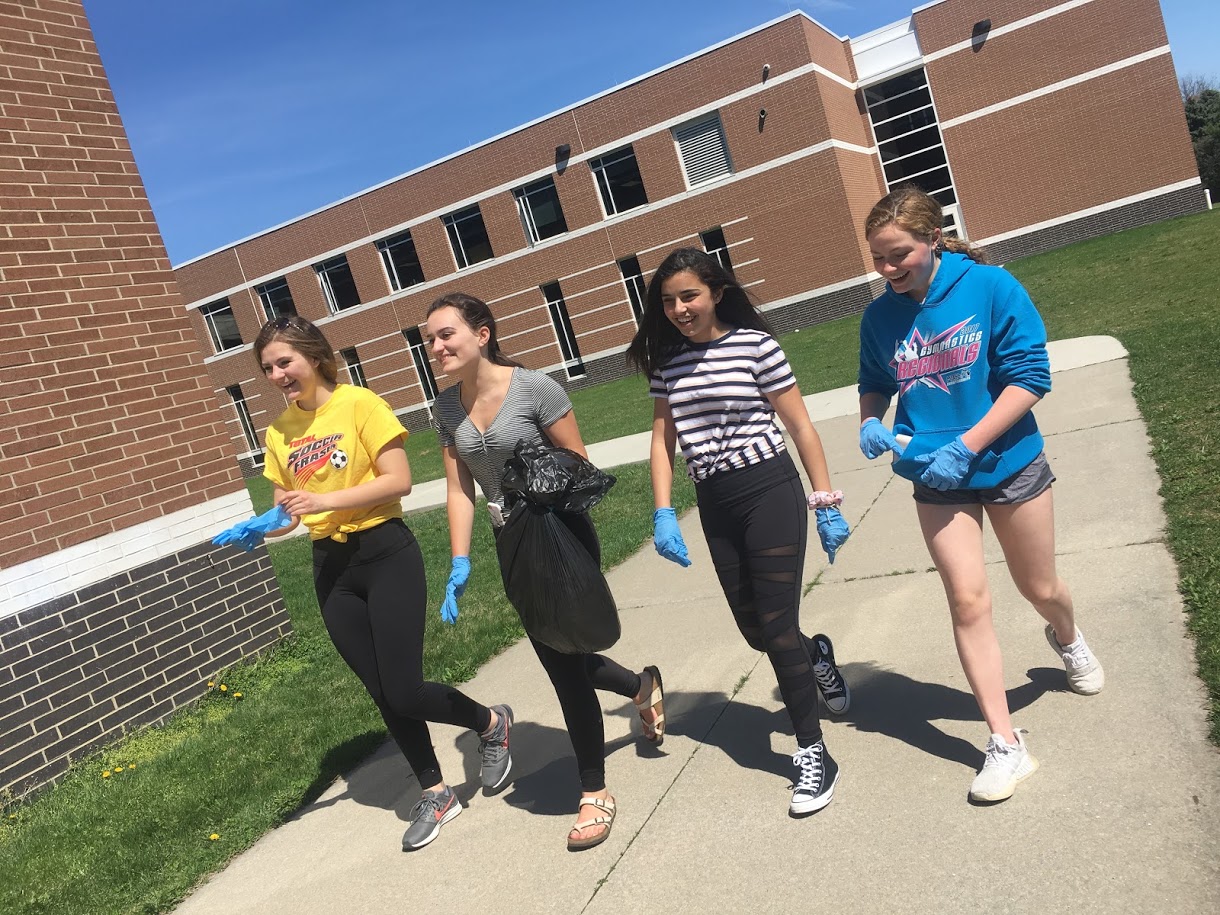 Monday, April 22 marked the first day of Earth Week. The week was filled with activities for students to participate in during and after school hours. There was a packed schedule for the school’s first Earth Week. 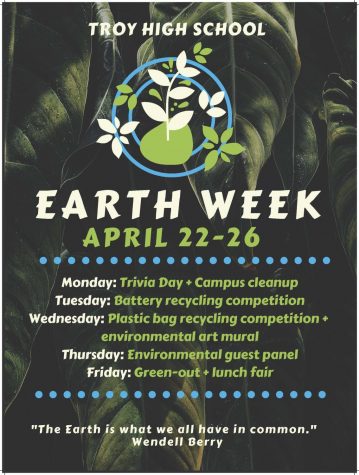 Earth Week includes a variety of activities to engage students and spread awareness.

Senior Mahnoor Imran, one of the students who helped get Earth week off the ground, agrees with many environmental activists that a single day is not enough.

“We should be taking our planet seriously every day, especially considering the fact that we have less than 12 years to cut our emissions in half, otherwise we risk further exacerbation of climate change,”  Imran said. 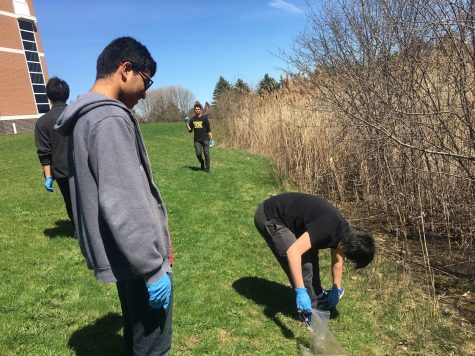 Murryum Farooqi
Hari Sanil, along with other students participates after school Monday (also Earth Day) in a campus clean up to kick off the school’s first-ever Earth Week.

Another common theme among environmental activists today is the notion that Earth Day is no longer what it used to be when it started and is now only a time where people do small, insignificant things that only really make them feel better about themselves. This comes along with the rise of companies taking advantage of the holiday to sell people things, making environmentalists wish that people would be discussing the large scale problems that might not be solved by, for example, ditching a straw. Imran agrees that larger problems need to be part of the conversation.

“One hundred companies are responsible for about 70 percent of emissions, so it almost feels as though our actions would be minimal because so much of it is corporate irresponsibility and kleptocracy that is leading to the environmental repercussions that we see,” Imran said. “Although I do think we can still play a large role as a community in working to go green and foster sustainability.”

On Monday, students participated in a campus clean-up after school. One of the students, senior Yana Delkova, believes it is the responsibility of both the young and old for the Earth to have a bright future. 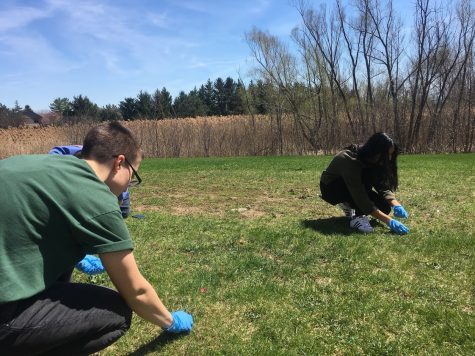 Murryum Farooqi
(left to right) Senior Yana Delkova and junior Nandini Lakshminarayanan clean up litter Monday after school in an effort to help the Earth on a local level.

“We’re young and we’re going to be the people who are living on,” Delkova said. “[The older generation] should definitely be thinking about their actions more, because they are also the people who are in large corporations who do much of the damage [to the Earth].”